The National Electrical Manufacturers Association or NEMA as most commonly referred to, has set the industry standard in enclosure or cabinet ratings.  Depending on application, significant cost savings may be achieved simply by knowing the differences among these NEMA enclosure ratings.

As the following will show in greater detail, it is worth noting that there are NEMA ratings for both hazardous and non-hazardous locations, so be sure to reference the protection provided for each rating.

This chart is a simple reference to the types of NEMA ratings used for control panels and their unique characteristics regarding protection and application in environments:

The above illustrates the differences in protection among the ratings, but some differences are not even noted on the chart, so it is always advised to reference control panel application and environment to ensure the proper selection.  For example, NEMA 12 and 12K appear to be identical ratings, but what the chart does not tell you is that NEMA 12 is for enclosures constructed without knockouts, while NEMA 12K is for enclosures constructed with knockouts.

The following chart will introduce a number of additional NEMA ratings for enclosures all intended for outdoor non-hazardous locations:

NEMA enclosures are clearly designed and rated for a wide variety of uses and applications.  Often, overlooked details such as length of time being submerged in water (NEMA 6 vs. 6P) can even make a difference in what NEMA enclosure is the right selection for the application.  Such oversights can result not only in ordering the wrong enclosure, but frequently add unnecessary costs by having to replace electrical components that are not properly protected, or through time lost by having to re-install a NEMA enclosure most properly suited for its environment.

In any situation, taking the time to accurately identify the application and environment for your NEMA rated control panel will certainly lead to better end results, and proper protection for electrical components and the individuals that would be accessing them. 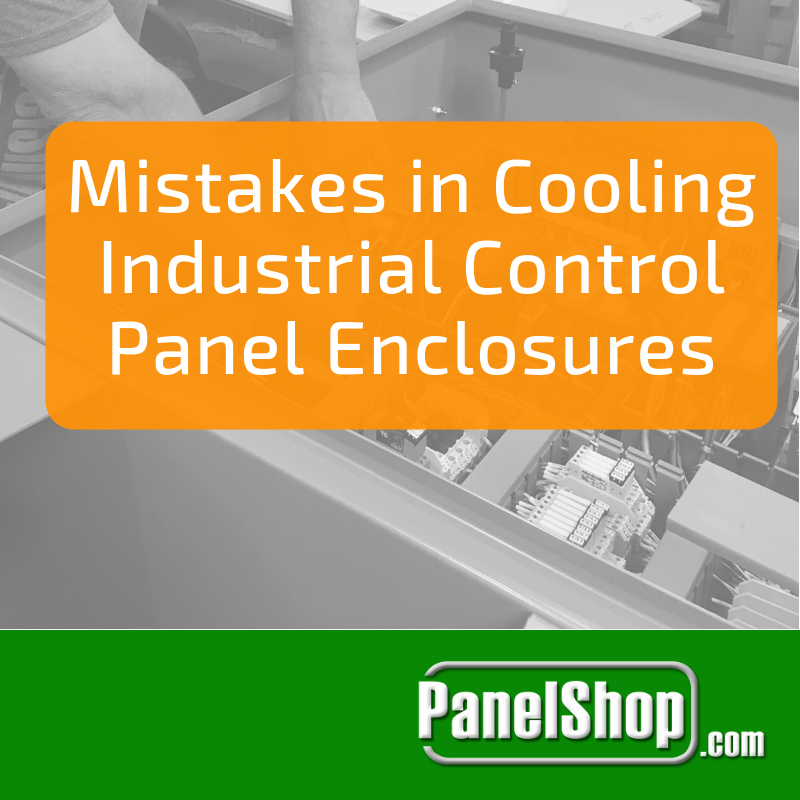 The importance of effective enclosure cooling is

END_OF_DOCUMENT_TOKEN_TO_BE_REPLACED

In the cold winds of winter or the heat of

Many aspects of a manufacturing system have